Characters – the other women

Posted on December 3, 2014 by asocialexperimentblog

Vincent has a relationship with two other women during the first 2 seasons of Beauty and the Beast. In season 1 his ex fiancé, Alex, shows up and “rocks the boat” for at few episodes whereas season 2 has a lot more episodes dominated but the female beast, Tori.

While I kind of got the Alex-connection to the plot, I didn’t like it much. Maybe it was the execution but i think it was more the fact that it felt wrong and cruel. Plus Alex was amazingly beautiful, even more than the Beauty herself, which is kind of odd. Kristin Kreuk is supposed to be the ultimate beauty on the show.

The Tori-plot I didn’t get at all. Sure there is a strong beast side to Vincent, but I seriously thought this show was about love conquering all. And while I have watched both seasons many, many times, I skip the Tori-episodes. They feel wrong and they look wrong. I have no doubt that the show lost viewers on the account of that relationship.

Anyway, I will go through both of them as usual, starting with Alex. 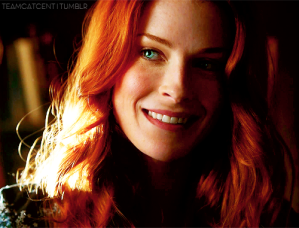 Alex Salter is played by out-of-this-world beautiful Bridget Regan. I am serious, I didn’t even know they made humans like that.

Alex is a beautiful, kind-hearted and sweet nurse, who looks after Catherine post-accident and turns out to be Vincent’s ex fiancé. Although in season 2 it seems that Alex and Vincent actually broke up before he deployed, in enough time for him to have an affair with Gabriella.

Despite the fact that Vincent and Catherine are on the verge of total surrender to their destined love, Vincent runs after Alex the moment she is back in his life. Alex is steady in her love although not seeing Vincent for 10 years and thinking him dead (yes that is possible) and immediately wants to rekindle their relationship and offers to give up her life for him. Something Catherine hasn’t promised yet. They almost consume their rekindling  relationship but Muirfield catches up to them and when Alex sees Vincent beast out, she recoils from him and sever their connection. Then picks it up again in hopes of curing him but eventually she goes into to hiding – or actually we do not quite know because the last we see of her is a Muirfield agent sitting behind her on the bus. 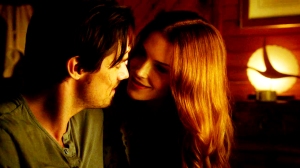 Besides the fact that Alex does not know about Vincent’s beastly side, which a woman like her would no doubt come to terms with, she is in all aspects the perfect beauty. She is depicted exactly the way I would expect from the fairytale both in appearance and behavior. The self-sacrificing kindness, the gentleness, the unwavering love.

So in the end, I have doubts. I get the plot. The writers want us to understand that Vincent would choose Catherine over anything, even loyalty to the woman he lied himself dead to, even when she is drop dead gorgeous with an amazing personality. But it doesn’t feel like that. It feels like Vincent settles for Catherine when this amazing creature, Alex, doesn’t want him because of him beasting out and killing the Muirfield posse.

Anyway, Bridget Regan was a treat.

Tori, played by Amber Skye Noyes, is another beautiful red-head who enters the show early on in season 2. She is a beast with amplifying effects on the other beasts, including Vincent. Although this is made painfully obvious to the viewers, it escapes the otherwise super savvy characters on the show and Tori gets to run havoc through everybody’s lives for a whopping 7 episodes.

I can’t remember liking any of them but can abide the one where she finally bites the dust. I don’t get the point. I mean, I understand the plot. Vincent has to overcome his beastly side and be more human than beast. And this is transitioned very well in the way he goes about his missions etc. So why on earth does it have to be illustrated on a personal level too? This is not some cheap swedish adult movie, where the beast has many beauties. This is “Beauty and the Beast” and the plot line to let him always endanger their destined love by running after other women is cheap and contrived. There’s so much else to wrap your head around in this show. Tori, should not have been one of them.

Amber is lovely and just buff enough to be beastly without losing her femininity. It is not her fault. She effortlessly portrays all the opposing sides in Tori and perfectly illustrates the pain of loving a man whose heart will never be yours (in the last episode or two with her). It seems Tori was damaged to begin with and had a suicidal side, which is not an easy persona to portray. I actually think that Tori would have worked very well in the story IF they had left the romance/sexual attraction out. There was a lot of material there in itself. Vincent taking over the role of her father and controlling the amplification of his beast side. Teaching Tori to live with her beast. More in a big brother kind of way. That could have worked. Threatening the main couple might only have served to drive viewers away. 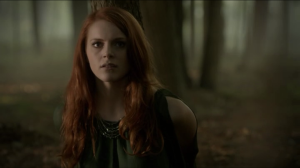 I am constantly musing over what makes people tick and wanted to research it more independently on this blog. I have chosen to remain anonymous in order to conduct these experiments without interference of age, appearance, gender or connections.
View all posts by asocialexperimentblog →
This entry was posted in Characters and tagged #batb, Alex Salter, Amber Skye Noyes, batb writers, beauty and the beast, Bridget Regan, Catherine, cheap swedish adult movie, ex fiancé, human behavior, Kristin Kreuk, plot, relationship, romance, season 1, season 2, story line, suicidal, Tori, Vincent. Bookmark the permalink.

2 Responses to Characters – the other women